Click on the images for a closer look at the projects below!

For the Base Camp Festival component of the BioBlitz Canada 150 Rouge National Urban Park Flagship Event, our team wanted to develop a scavenger hunt or a takeaway activity that would encourage visitors to spend time at each booth of our "Activity Alley", where partner organizations would be set up to talk about their work and programs. I had dreamed of making collector cards similar to those developed by the Encyclopedia of Life for different groups of biodiversity. However, our cards needed to be bilingual because of the national scope of our event, so we could not use the EOL card generator. That's where I came in - I designed a set of 20 different species cards spanning as many taxa as I could to highlight common or iconic species that are found in Rouge National Urban Park. One card would be handed out at each booth, and visitors would be encouraged to collect them all to get the whole set. Cards provided a fun fact about each species, as well as basic information on their biology such as their habitat type and diet. 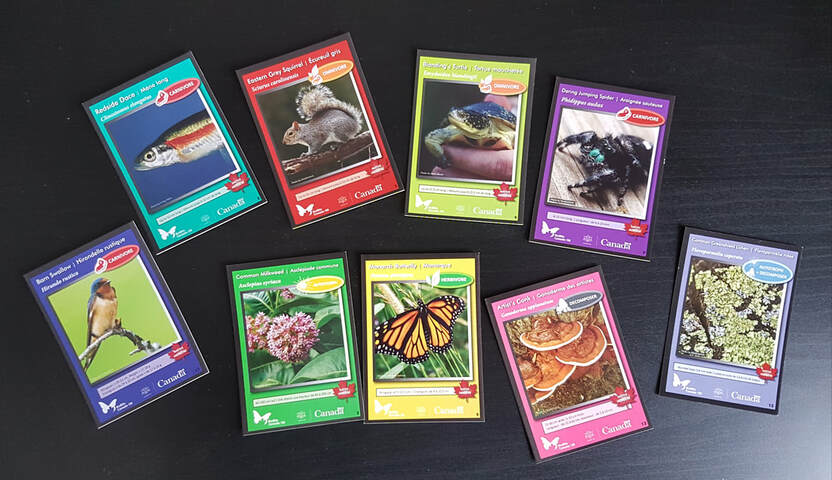 The Life in Crisis: Schad Gallery of Biodiversity at the ROM began its Animal Explorers program in the summer of 2012, and it has quickly become a favourite activity amongst the museum's younger visitors. They carry their Explorer with them on their visit to the museum, and must find all the exhibits related to that animal within its Explorer Booklet.
Here is the booklet I designed for a limited-time guest explorer, Sooke the Orca Whale, who was introduced to coincide with the Canada's Oceans and You National Ocean Symposium held in November 2012 at the ROM. 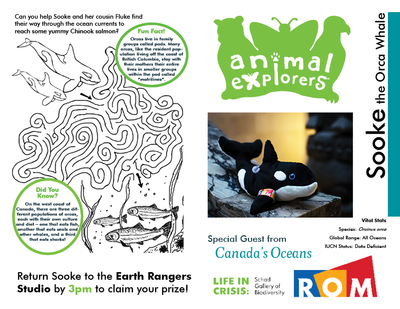 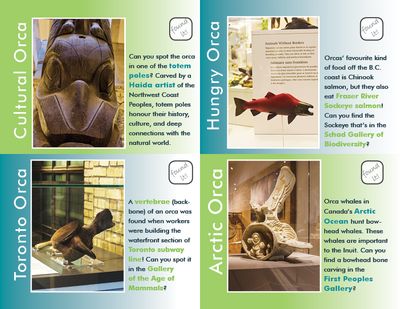 Cooking Toronto was a catering and cooking education business run by Chef Michelle Curnock. I developed a series of recipe activity sheets for recipes that she used in her Kids Programs at schools, cooking studios and day cares in the Greater Toronto Area.